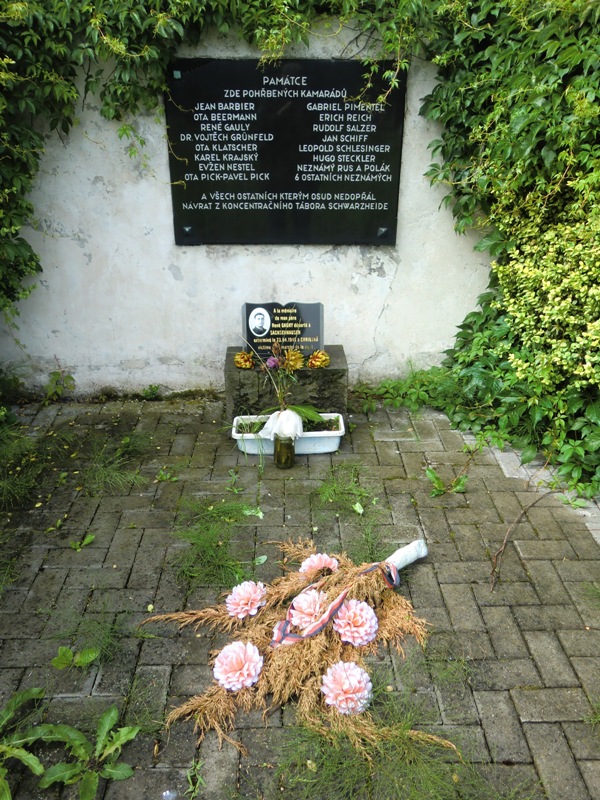 Memorial for the remembrance of the death march in Horni Chribska, mass grave, photo: Jan Špringl

In the course of 2011 the first part of work on a new Memorial’s project called “Tracing Little Memorials” was concluded. The objective of the project is to gradually document the current state of former Nazi camps and mass graves of Nazism victims in the Czech lands and check on the presence of little memorials/plaques which would commemorate their existence. Acquired information is then published on a special website launched in early 2012 (http://zapomnicky.pamatnik-terezin.cz/ – only in Czech version).

The project aims to draw attention to less known places of suffering of Nazism victims, to increase public awareness on the danger of Nazi ideology and totalitarian regimes in general, and last but not least, to deepen the historical knowledge of the population living in the monitored sites. The findings should also serve professionals engaged in this topic, memorial culture and places of historical memory, as well as teachers who can use them for school work.

The survey was first conducted through municipal and town authorities in the monitored areas. Their workers were asked by a questionnaire to answer questions concerning  the current state of certain objects of our interest and to provide photographic documentation. Many times we gained contacts to other local institutions or individuals from among survivors or regional investigators interested in the topic. We also contacted some selected regional museums, schools, etc. The collection and verification of the information in this way was going on in the first half of 2011.

After exhausting all possibilities to obtain data by mail, the next step for selected professionals of the Terezin Memorial was to take trips to places which had failed to collect any current data or which had not provided any photographic documentation. By the end of 2011, the above methods helped to collect information about approximately 200 sites of  former Nazi camps and mass graves.

The above described research carried out during the past year was financially supported by the Endowment Fund for Victims of the Holocaust. Exploratory work should now be followed up by educational one. A certain by-product of the project should also be raising a public discussion about possible installation of little memorials and commemorative plaques in places where they are still missing. In this case we have already achieved partial success, as the project has inspired the Borough of Prague 6 to unveil a plaque at the castle Jeneralka.