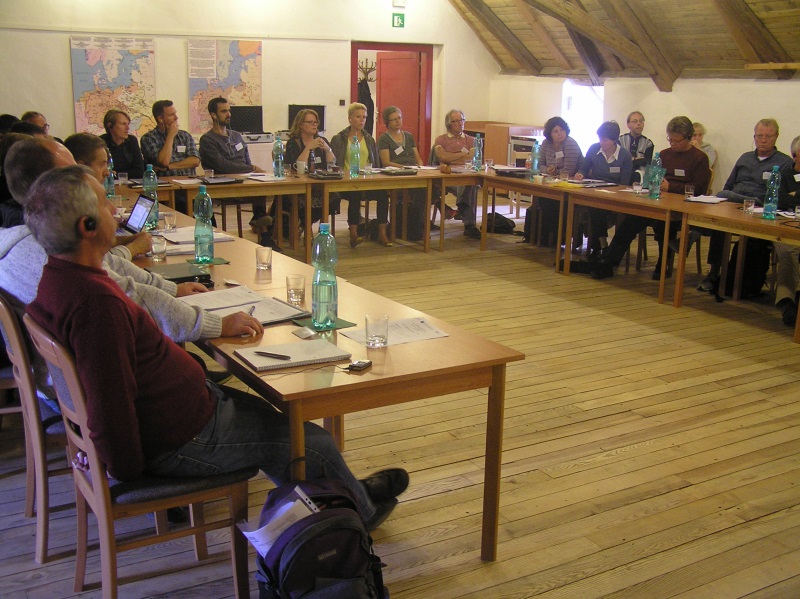 Danish teachers at the attic of the former Magdeburg Barracks, Terezin Memorial

The Terezin Memorial, and in particular the former Terezin ghetto is the goal of many Danish schoolchildren. They come here to see places where 466 Danish Jews were interned during the war.

Knowledge of the fate of the Danish Jewish population and the Terezin ghetto involvement are among the key points of the education in Denmark. Teachers are in this respect greatly supported by the Danish Institute for International Studies, the result of which is for example the website www.theresienstadt.dk, where can be found information and documentaries on the situation of Jews in Denmark and subsequently also their deportation and life in the Terezin ghetto. The websites are accessible in Danish and English.

The cooperation of this institute and the Israeli Yad Vashem Memorial led to a plan to bring the Danish teachers directly to Terezin, to provide them with the knowledge base and to introduce the possibilities that the Terezin Memorial offers to youth groups.

In mid-September 2012, the first seminar for Danish teachers took place in the Terezin Memorial. They spent here three days full of workshops, lectures, meetings with Czech educators and also with a survivor of the Terezin ghetto, Mrs. Doris Grozdanovičova. One of the programme highlights was also the life performance of children opera “Brundibar” by Hans Krasa acted by the Disman radio children Ensemble.