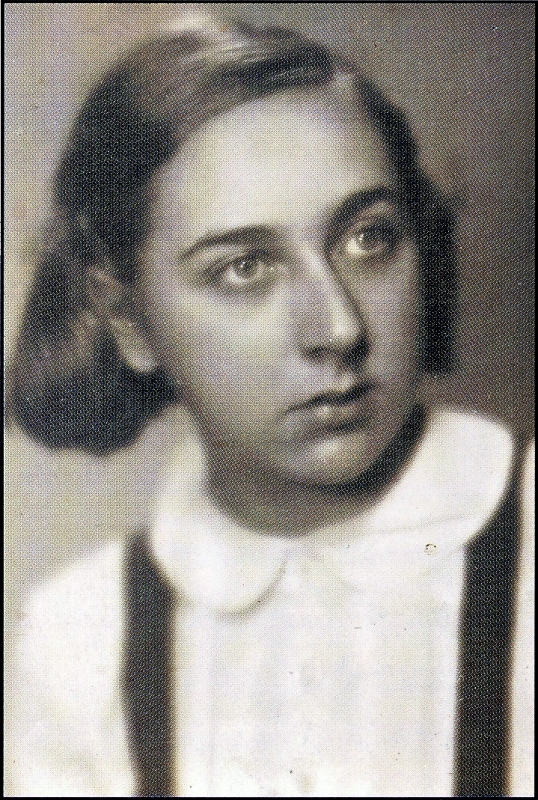 Helga Hošková in December 1941, 3 days before she was deported to Terezin, in: Catalogue to the exhibition in the Ghetto Museum, Terezin Memorial, 1993

In 1939, when the Protectorate was established and the persecution of the Jewish population in it started, Helga was 10 years old. She got gradually more and more affected by various anti-Jewish measures. In December 1941 she and her parents were put on the transport marked with the letter “L” to the Terezin ghetto. She took crayons, watercolours and painting pad with her. Together with her mum, she was placed in the Dresden Barracks, while her dad went into the male Sudeten Barracks. Initially they saw each other only rarely. Helga started writing a diary before being deported to the ghetto and she continued in Terezin. We learn from her notes that the first children Heims were formed already in winter 1941/1942, and she was one of those who came there. At first, she wanted to be only with her mother, gradually she got used to the new arrangement in Kinderheims, and later she would not trade the girls company for anything else. In the summer of 1942 she got into children’s home L 410, room No. 24. In her spare time she continued to write the diary and secretly painted everyday life in the ghetto.

The autumn of 1944 brought a turn into the life of the Weiss family, as a wave of transports from Terezin to Auschwitz in the East came. Helga’s father was assigned into the first allegedly work transport. He begged his wife and daughter not to volunteer for any transport. However, when a few days later a new transport was announced in Terezin with an offer for those whose relatives had gone by the previous one, Helga and her mother registered. They were sent to the concentration camp Auschwitz – Birkenau just like Helga’s father. Unlike him, they survived the selection and were assigned work. They stayed in Auschwitz only a few days and soon were deported to Freiberg near Dresden, where they worked in an aircraft factory. From there they were deported to the concentration camp Mauthausen in mid-April  1945. Conditions during transports were appalling. Prisoners were crammed in open wagons, without food. WWII was at the peak. That was also why the train on the lines of the Protectorate took some delay. The prisoners arrived in Mauthausen a day after gas chambers had been destroyed… 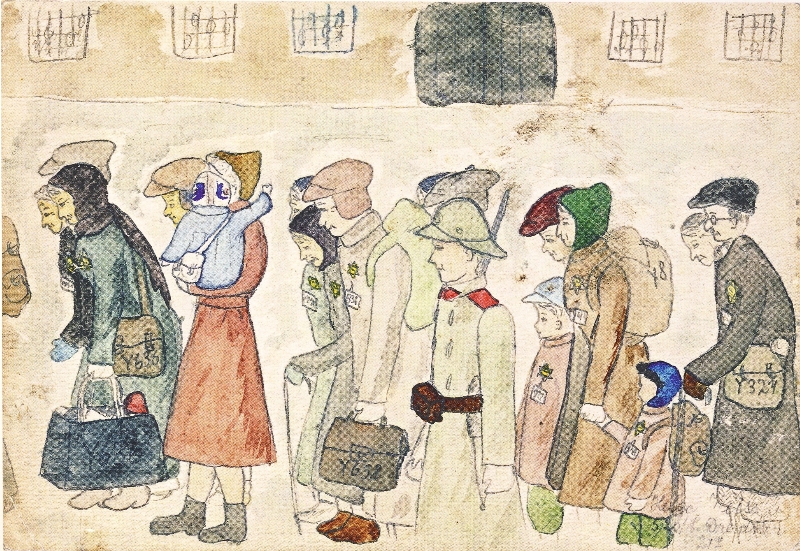 After the liberation, Helga and her mother returned to Prague at the end of May 1945. They met Helga’s uncle Josef Polak there who had also just come back from the ghetto. Helga had hidden her drawings and diary with him in Terezin before the transport to the East. Thanks to her uncle, the diary and drawings were therefore saved and returned to her after the war.

Helga continued drawing after the war, later passed her A-levels at the grammar school and  the State School of Graphics, and studied at the College of Applied Arts in the studio of Professor Emil Filla and Alois Fisarek. She sometimes returned to her war experiences. She also illustrated books by Arnost Lustig. She was very positively influenced by her stay in Israel in the mid-60th, where she spent ten weeks in an art colony and also toured the country. For the first time her drawings came to life with bright colours, although her work is still full of grim memories of childhood and lost beloved ones.

In 1991 she created a commemorative plaque for the former meeting place at Radiotrh in Holesovice, from where the transports to Terezin were leaving. Along with other former Terezin ghetto inmates, she often comes to Terezin and participates in workshop discussions, whether with students or with teachers.

Her drawings were published in a book called “Zeichne, was Du siehst” (“Draw What You See) by the Lower Saxony Society for the Preservation of Theresienstadt/Terezín. 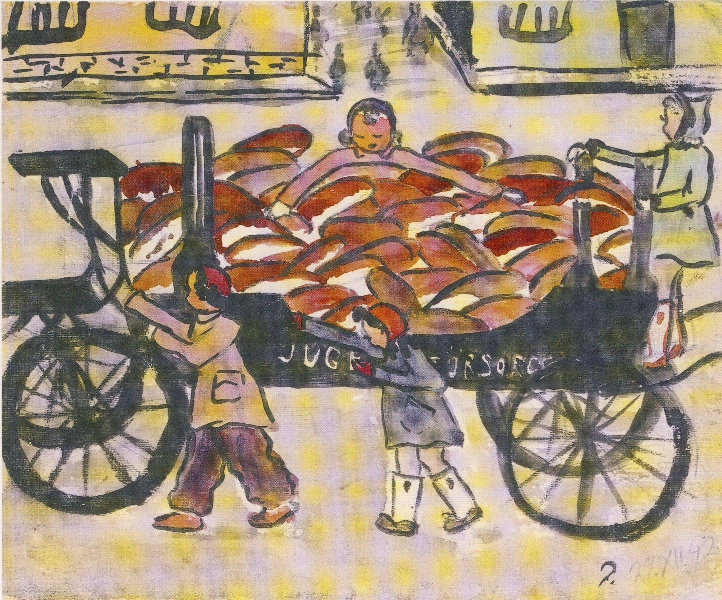