In May 2012 we are going to commemorate already the 65th anniversary of the Terezin Memorial’s establishment. Let us view the chain of events attached to this important institution.

The Czechoslovak government established the Memorial of National Suffering in the premises of the Small Fortress.

One year before, the tradition of May Peace Manifestations /commemorations/ began to take place at the National Cemetery. The cemetery was founded soon after the end of the WWII in September 1945 and was under the care of the Association for the National Cemetery Maintenance.

Opening of the Museum of Oppression in the Small Fortress (subject to the Military Historical Institute). There were no professional activities there at that time. The Memorial’s administration was transferred from the Ministry of the Interior to the Regional National Committee (KNV) in Usti nad Labem. The Memorial was enlarged by the National Cemetery, Russian and Jewish cemeteries with Crematorium and a memorable place on the banks of the Eger River.

The Memorial’s administration was performed by the Local National Committee in Terezin.

1964  – The Memorial of National Suffering went again under the administration of the KNV in Usti nad Labem and was renamed to the Terezin Memorial. A progressive development followed – established were the historical department, library, archive, and educational department. The need to open a Ghetto Museum in Terezin was promoted.

1968 – The government efforts to remedy the situation and bring the Memorial national importance. Accession of the memorable entrance area of the Litomerice underground factory Richard and of a nearby crematorium.

Annual publishing of the Terezin Journal since 1970.

Adjustments in the Jewish Cemetery area and the piety site at the Eger finished in 1972. Efforts to establish the Ghetto Museum failed again. A historical research on the Small Fortress, ghetto and Litomerice Concentration Camp was carried out. The Memorial had 50 employees. 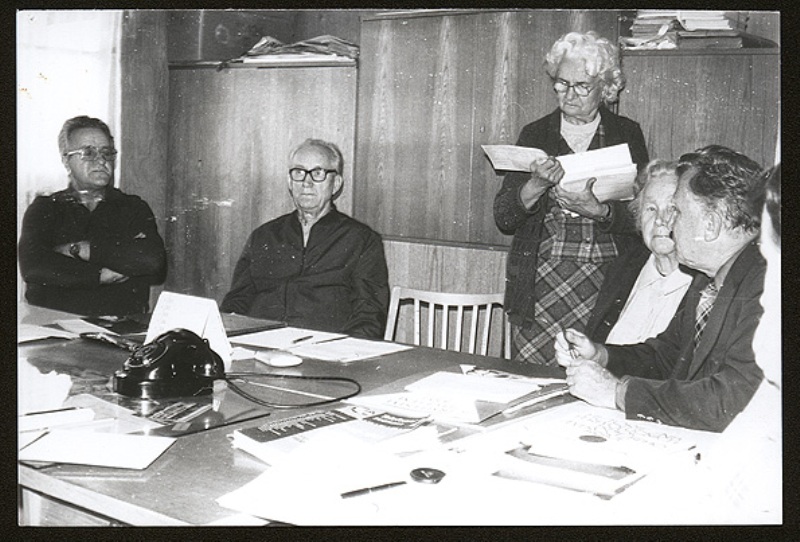 A meeting with former inmates in Rakovník and recording of thein recollections, October 1983

The development of museum and documentation work, new exposition installed in the Small Fortress Museum (it has been altered several times since then). Memories collecting work with survivors of all local repressive facilities started in the 1970s continued.

A turnabout in the development occurred after the 1989 Velvet Revolution, when the Memorial could finally meet its long time rejected objective and establish the Ghetto Museum in Terezin.

The building of former school (housing an exposition of the National Security Corps since late 1970s) was vacated for the Memorial. 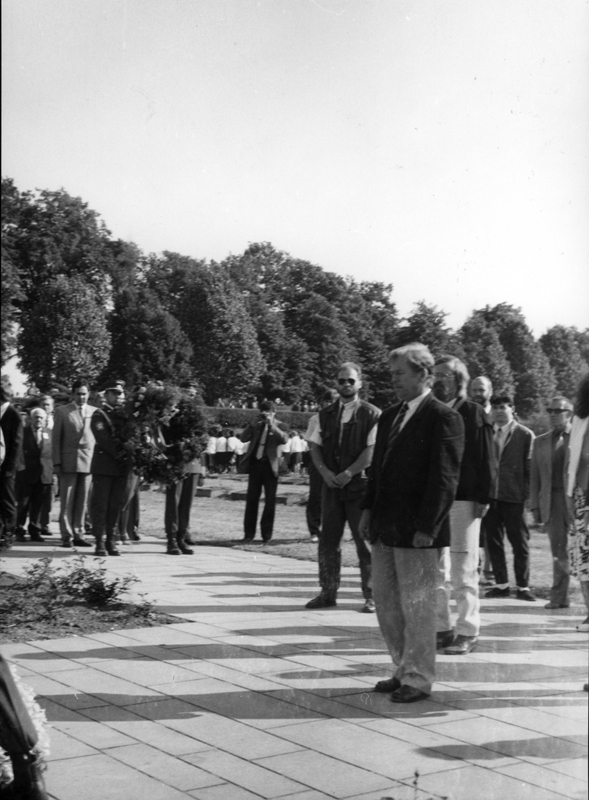 Václav Havel during a commemorative rally in Terezín on May 20, 1990

1st January 1991 – The Memorial became an organisation controlled by the Ministry of Culture.

16th October 1991 – The opening day of the Ghetto Museum with the ever first exposition on the history of the Terezin camp for Jews. The first formal meeting of former ghetto inmates.

In 1992, the “Concept of Activity and Development of the Terezin Memorial until 2000” was elaborated. Besides museum, research, exhibition and documentation activities, the concept counted on building a centre for education and training, too. With its mission, the institution intended to join the European and global context.

1993 – Modifications of the National Cemetery in front of the Small Fortress: a wooden cross placed in the centre, and later (1995) a metal David’s star installed in the upper part of the area. Park of Terezin Children opened near the Ghetto Museum in 1993.

1994 – Construction works to build the Meeting Centre and other permanent exhibitions on the ghetto history began at the former Magdeburg Barracks. The premises were gradually made open for the public between 1997 – 2000. Educational programmes for one or more days offered to schools. 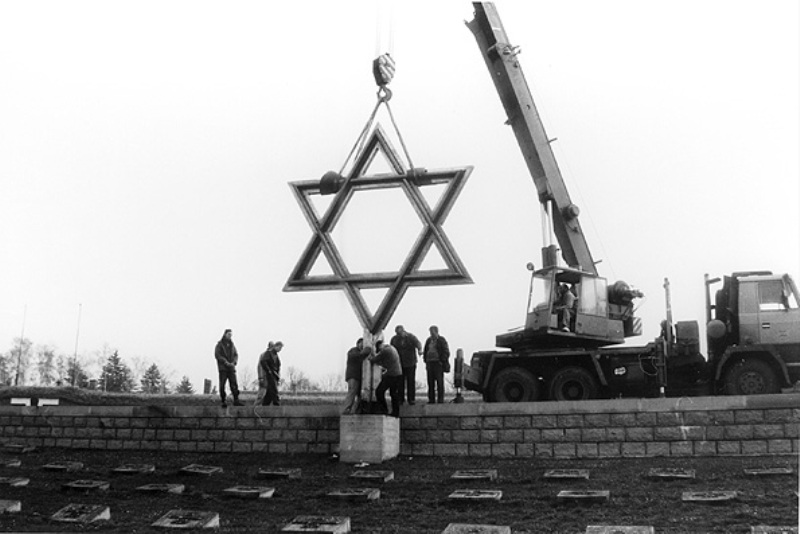 Installation of the Star of David in the National Cemetery, April 1945

2000 – From January to December, first educational workshops for teachers focussed on how to teach about the Holocaust took place. The workshops continue in a higher form and at partner memorials abroad until today.

16th October 2001 – Meeting of former ghetto inmates in Terezin. Premises of former Columbarium and ghetto morgue opened and made accessible.

November 2001 – A new exposition called “Terezin, the Final Solution of Jewish Question 1941 – 1945” was opened instead of a temporary exposition in the Magdeburg Barracks.

The Memorial developed general cooperation with former inmates and associations as well as with museum institutions, training centres and memorials in many countries. 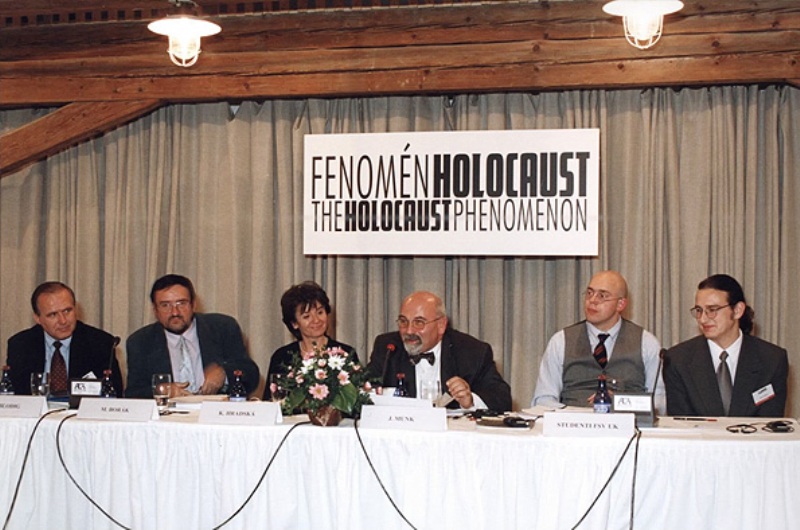 The Conference The Holocaust Phenomenon, a part of the Conference was organized in the Terezin Memorial, October 1999

August 2002 – Many buildings, workplaces, expositions and collections affected by floods. Next four years were spent by restoring the destroyed.

December 2002 – The first newsletter published: a quarterly of the Department of Education containing historical and current information.

At present there are 100 employees at the Terezin Memorial. The Memorial presents itself as a major museum institution with permanent scientific research, extensive collections, publications  and exhibitions. Its educational programmes and activities got into public awareness. It keeps in touch with important institutions and memorials at home and abroad.